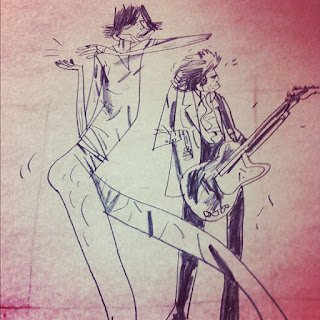 The Fox and The Hedgehog part 2 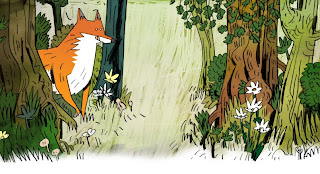 In this week's EXCELLENT Phoenix comic.
Posted by WJC at 16:03 No comments:

Been getting back into the swing of things after a funny old fortnight, doing work I can't post and some I can. 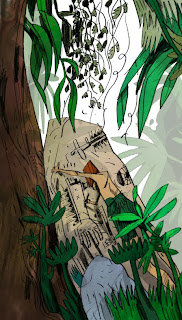 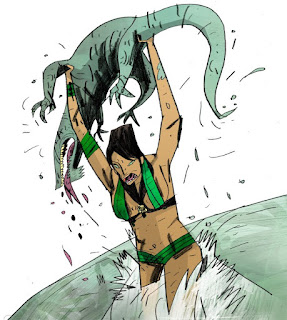 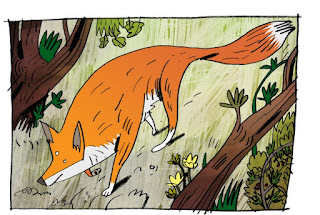 The next issue of the Phoenix comic arrived today and it is an absolute smasher. It's usual guys are in there looking ace, including Neill Cameron, Jamie Smart, Kate Brown and Lorenzo but there's a very striking and brilliant strip by Ben Haggarty, drawn by the superb Rob Davis

For the second time, I have illustrations to accompany a magical prose story by John Dickinson, The Fox and The Hedgehog, part 1 of 2. Quite pleased with how they turned out too. 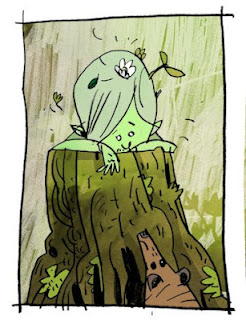 Self Made Hero's Lovecraft Anthology 2 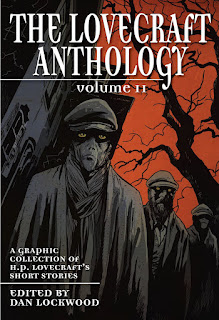 I really, really enjoyed SMH' Lovecraft Anthology last year. It's a very strong collection and I was extremely excited to have been asked to contribute to a second volume. Even more so when I saw who else was involved.

Graphic adaptations of H.P. Lovecraft’s short stories ‘Pickman’s Model’, ‘The Festival’.‘The Picture in the House’, ‘From Beyond’, ‘The Nameless City’, ‘He’, ‘The Temple’, ‘The Hound' and 'The Statement of Randolph Carter’ from an amazing lineup of creators.

*from the anthology's page on the Self made Hero's website. 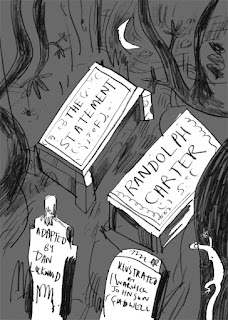 Rough of our cover

I have had a few things 'proper published' in the last year and will have books of my own by this time next year (Hunch Parsons as a short form comic and Gungle) but each new publication has had me feeling very much like it's the first. I'm very excited to see how TLA2 is received but pretty daunted at the prospect of again, holding my own with some superb artists and contributers. Mine were just the art duties on the story The Statement of Randolph Carter, adapted by the grand Dan Lockwood who edited the book as well. 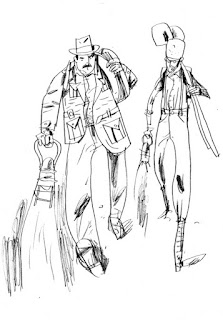 I'm particularly excited to be sharing pages with the brilliant Mick McMahon Who's panels that i've seen have been ace but have had me once again worrying about how my 6 pages will stand.

Thanks loads to Emma, Doug and Dan.
Posted by WJC at 10:50 No comments: 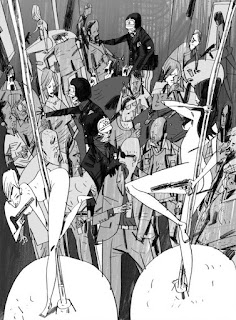 Making up with my pencils after some time apart.
Posted by WJC at 16:42 4 comments:

Not much getting done right now but this did. 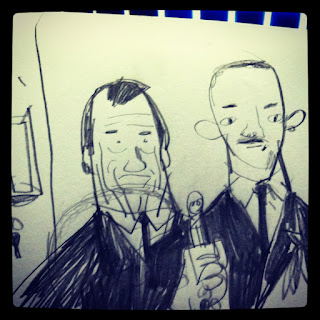 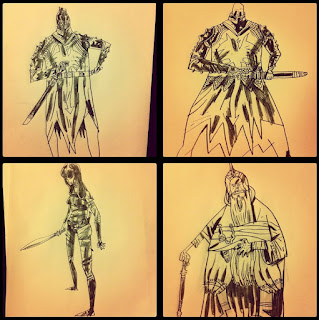 The London Super Comic Con was on one week ago today. I have never been good with post con write ups and the best way to manage this is perhaps to make it as brief as possible. I did not know what to expect at all. Big names were expected, Mr Stan Lee no less. Some small press had been posted on the website though I didn't see all of the small press comikers listed certainly not me (i may have missed it) Perhaps if they were, they may have had further interest, a few self publishing troops may have chosen to jump in seeing their comrades there. I know a few put off by the 'Super Hero' element that perhaps wished they'd tried after all. (I don't know wether the exhibitors tables were at full capacity mind you)
My main criticism was my first. Walking into the large hangar space, what was notable was that it looked like a large hangar. There was very little signage, flashy adverts and super vehicles etc. It looked very undressed for a SuperCon. The MCM, housed in the same building (larger hangar) has this gear in abundance. It's this convention clash that may account for it too. From what I heard from unsubstantiated sources was that the SuperCon was required to stick to comics only. Which excluded comic video game and comic movie promotion which I guess makes up the majority of MCM's dressing.
I mentioned the scenery was my first criticism, as it turns out it was my only criticism.
The hall filled up with a large number of happy and interested people. Sales went well (better on sunday than saturday which is a Convention anomaly as far as i know) Loads of excellent people who may have come for the Supers but were still keen on the variety of Small Press there.
I suppose my behind the table judgement would be they were Comic Fans, which is a target audience that is not always the majority at certain conventions.

So it was ace.

The biggest and best draw must have been the artists alley. Childhood comic masters Bernie Wrightson and Bill Sienkiewicz where there and i got to shake hands with fellas whose work i'd nicked from, learned from, copied and traced for many of my young years. Sean Phillips and Duncan Fegredo were hard at work which is usual at these things, most often side by side like the Starsky and Hutch of artists alley. Howard Chaykin was sketching and signing too. Many other artist of course, highly successful and with mighty queues but sadly were not on my radar. Most of the artists I saw worked very hard throughout and loads happy punters carrying artwork where seen.

The organisation of the con, I conclude, was excellent. In the respect there were plenty of 't-shirts' about but I, personally never had cause to need assistance, complain or comment.

One last thing, everyone who bought something from me was entered into a draw to win a commission which I eventually drew yesterday, hopefully Kelly Edwards feels lucky to have won! (she's opted for Poirot art) I must find out what it was she bought!

Man of the Match though was Robert Ball who was Cagney to my Lacey on the table on saturday. Thanks! 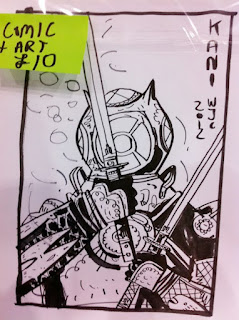 *UPDATE* Of course the reason (i now remember) that I don't often do post event reviews is that I will always forget allsorts. In this case the patronage of Mr David Hine, always great to meet and he kindly bought stuff too which he's put up on his excellent blog here.
Posted by WJC at 07:07 No comments:

Dracula for The Mooks 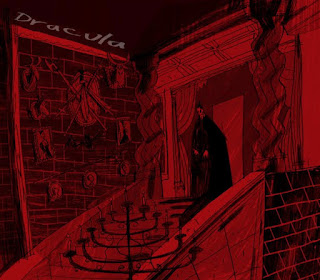 Jeepers! Actually still not unpacked since the weekend, there will be a post of sorts on the London Supercomic Con tomorrow. Here though is my very last minute entry to James 'TheMooks' Howard's #drawhammerhorror
Posted by WJC at 20:31 2 comments: