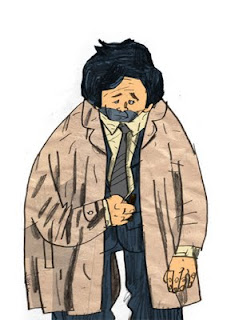 So long Columbo, I guess there won't be 'one more thing' now.

PotD Season 2 Fourth Round Up 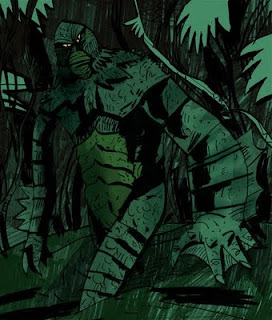 PotD Season 2 Third Round Up

No-one came for a harbour tour yesterday so i grabbed the opportunity to catch up with previously uncoloured POTD's.
Posted by WJC at 22:08 No comments:

The Bikini Club mop up 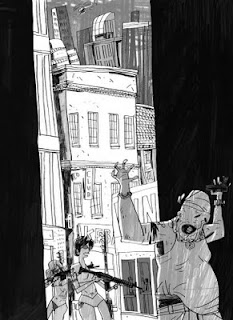 Have you tried to guess who I am from the saloon revellers? A correct guess could win you a copy of NBC#3 with an inside cover sketch by me. (no clues though) Competition here.
Posted by WJC at 06:14 No comments:

PotD Season 2 Second Round Up

An overdue round up of Passengers of the Day, still plenty to colour and post so far

Cosmic Dragon helmed by the power of Rock Guitar 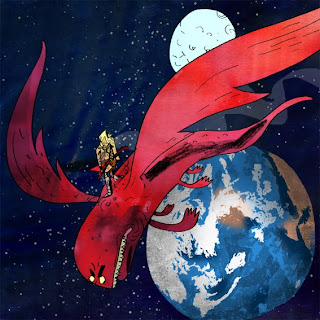 Spent a few days struggling with drawing (also doing copious thumbnails) Then spent the last hour on this.
Posted by WJC at 14:17 3 comments: 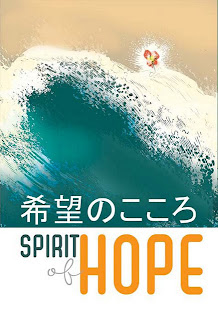 Last month I posted very briefly about The Comic Book Alliance' "The Spirit of Hope" project I have taken part in. A grand project put together in record time I guess considering number of artists and writers and the fact it should be rolling out at the printers sometime next week. (Only having 2 pages for me to do helped their timetable no end i'm sure)

In The CBA's own words

"The Spirit of Hope is a unique anthology of short stories from the world’s greatest creators dealing with the impact of disasters on people’s everyday lives. Creators include Liam Sharp, Henry Flint, Nick Abadzis, Glenn Dakin, Mark Buckingham, Al Davison and Peter Hogan with stories covering all aspects of human life in the face of catastrophe. The collection comes in two editions – one with a beautiful Jimmy Broxton cover and a second with a cool Michael Allred cover. All profit from the title will go to help disaster victims via Second Harvest and the New Zealand Red Cross."

Panel 'Trawler' Written by Jason Cobley Art by me

The anthology features 50 pieces of donated art from 92 top international creators in the comic book industry.

The book is on it's way and can be ordered from the CBA site HERE. 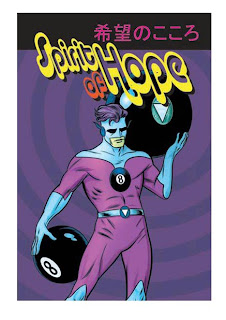 Spirit of Hope are also on Facebook
Posted by WJC at 08:06 No comments:

Gungle Queens over The Mighty Chuba 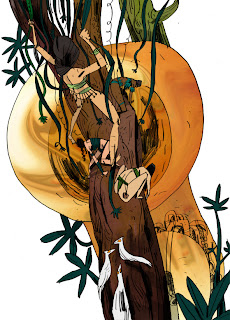 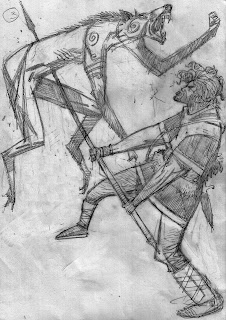 What a week I have had. At last weeks 2D festival, Rob Davis passed on some of my comics to the legendary Mick McMahon, who, as it turned out, enjoyed them! (Hooray! #1) A couple of days later (tipped off by Rob) Mick McMahon starts a blog where he is posting work, unseen work and projects in progress (Hooray! #2) Then yesterday, I made a rare visit to a pub in town and met him for a few beers! He is such a splendid fellow and I hope i managed to contain my fan awe and not make a tit of myself. (fingers crossed) 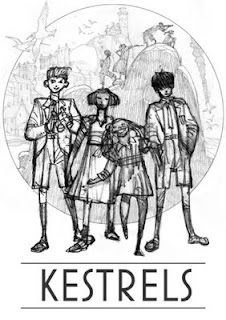 Mick McMahon and Ben Dickson's Kestrels, in the making.
Posted by WJC at 10:33 6 comments:

Ron The Jumper (and Barbara) 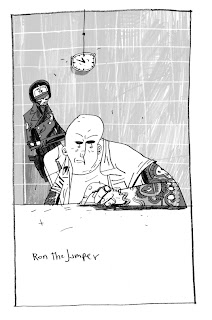 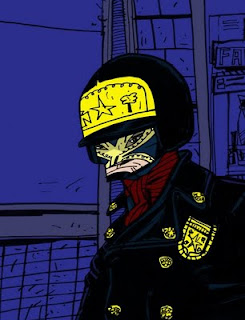 Been pencilling today so pens out for a change of scenery. Had a new go at Hunch Parsons of the Crash City Police Department. No, I don't know either.

Karol Wisniewski has put up a competition on his New British Comics Blog.

Guess which wild west vampire barfly is me and let him know. 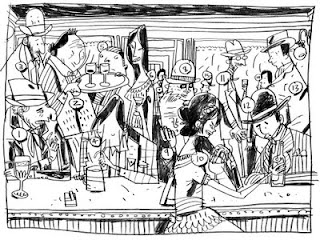 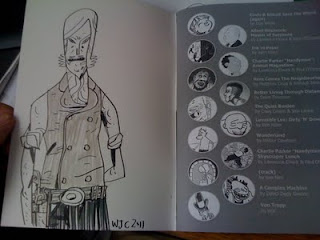 Visit the blog and enter if you fancy.
Posted by WJC at 22:27 No comments:

Gungle Queens and a Visitor 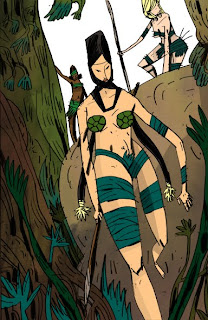 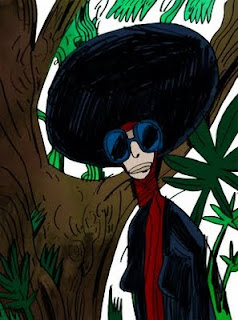