I knew what Mark meant when he said "What a great puss the man had' but I could not get on without doing this, or something like it. I've got 'day jobs' all over the place right now and drawing stuff on AND 'Gungle Hunt. The Spider Pit' itching to get finished but had to get this out of my system. 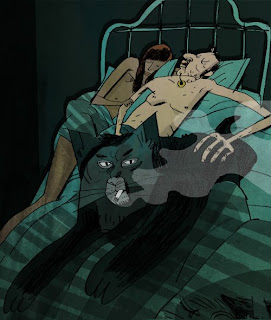 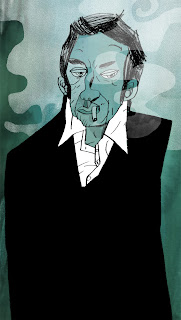 Here's an interlude in the Gungle adventure which has slowed down at the mo but will be back up to speed today (hopefully).
Premier Illustrator Jonathan E is curating Draw Serge a blog dedicated to tribute the great Serge Gainsbourg. Here's my offering. The blog is being impressively updated with great enthusiasm, hope it goes on forever. Go see it, and do a Serge to go on it too.
Posted by WJC at 08:13 4 comments: 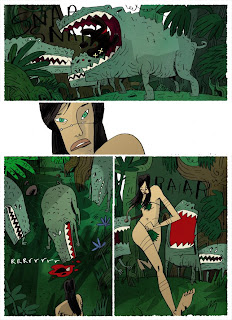 Gungle Hunt. Fruits of the Forest 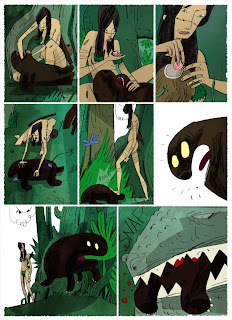 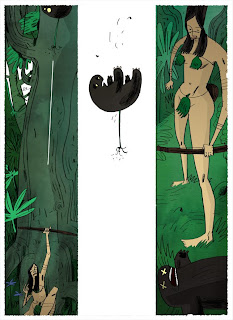 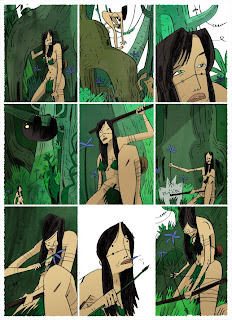 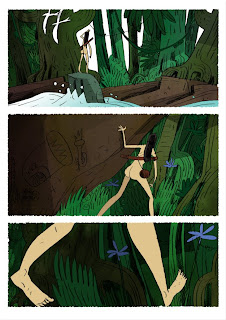 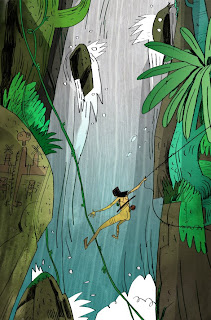 Here's one I did earlier.

So there's this guy Coop who's doing this thing collecting pictures of Frankenstein's Monster. Champion artist Jonathan E posted one in the small hours this morning on his blog. It was enjoyably co-incidental that i'd happened to have done a couple of 'F Monsters' in The Moleskin on monday (tarted up for blog use) 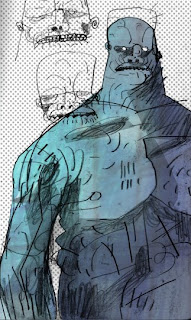 However, I also manage to dig up a bunch of colour copies of a Frankenstein story that I did in 1996/7. A few are missing, notably, monster kills lad, monster kills Mrs F, Mr F makes Mrs Monster, they'll be around somewhere. 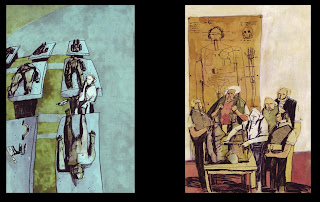 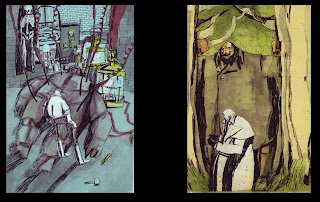 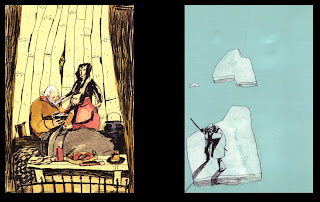 Some of this stuff pongs but some of it I like a lot still.
Posted by WJC at 22:30 8 comments: 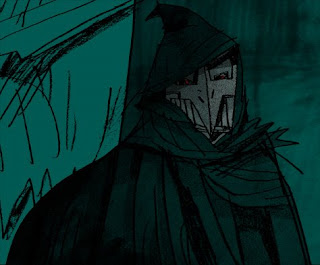 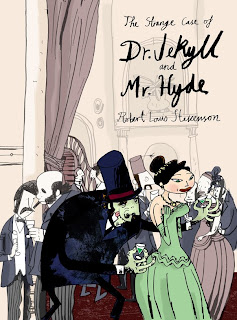 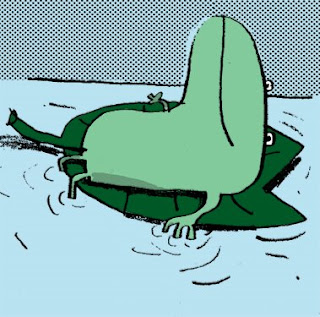 Something of a break from all the 'badass violence' i've been drawing all morning. Frod kicking back on his pad, probably listening to some tunes and that.
Posted by WJC at 13:30 2 comments: 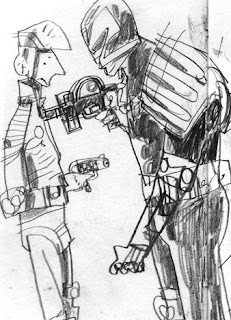 I had lofty plans to upset the 2000AD chaps at the Bristol Comic Expo this weekend with some of their own characters (the old ones anyway) but didn't get the chance to get the pages any further than the little sketchbook.
Posted by WJC at 22:59 4 comments:

The hunt is on. 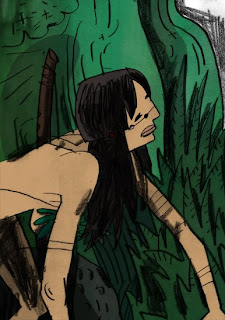 Well, not now technically. This was started in february and has yet to be finished. But once i've got through the current work load then this strip will be next.
Posted by WJC at 11:13 No comments: