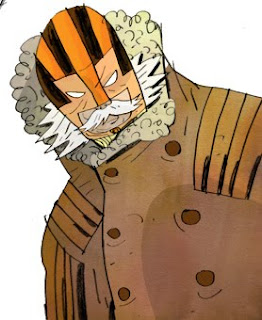 A rapid rendering of Craptain Tigerman from the boy who brought you The Bloodkillers. If I get some time I'll have a crack at GorillaMagnum too.
Posted by WJC at 14:02 5 comments: 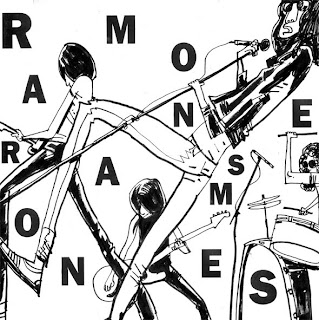 Well I thought i'd fudged the Comica deadline but found out (right this second) that it's been extended til next month, so i'm still in the running! (Keep an eye out for Rob Davis' pages, i've seen 'em and they're Great!)

Jonathan-E put in his cover for Becks 100 Covers which is a cracker! There's some cool re-works there but still some great album on the list not represented. I don't think I can enter two but I did this one anyway.
Posted by WJC at 06:51 9 comments:

This blog is 2 years today (today now!). Massive thanks to those of you who come and visit, i'm encouraged to persevere. Let's see if I can be a bit more 'professional' by year 3. 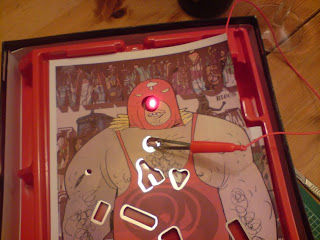 Here's a 2 year souvenir. With a certain amount of fiddling, this guy will fit over the regular guy in 'Operation'. If anyone wants a hi res, let me know. 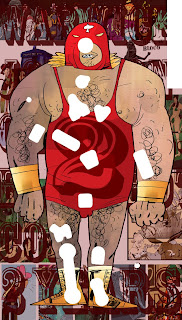 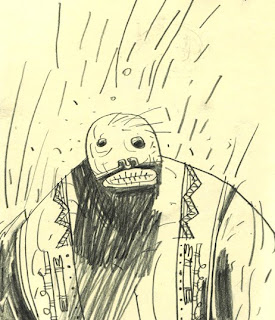 A quick moleskin moment. Lightning Season is in the distance, but it is coming.
Posted by WJC at 14:50 2 comments: 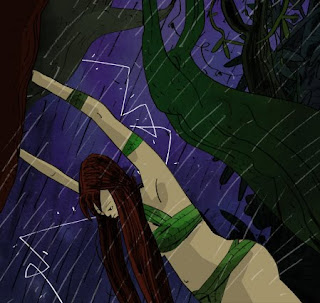 Every Lightning Season she comes to the Gungle.
Posted by WJC at 22:04 1 comment: 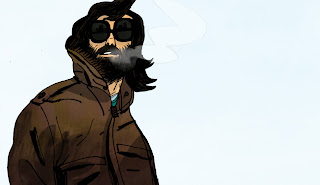 Today I overcame a day job related problem that has been a major hassle this summer. To celebrate, I went to see The Thing on the big ol' cinema screen and it was as fantastic as i'd hoped.

What have I've been playing at.

I take a moment from a marathon of stuff to report and reflect. 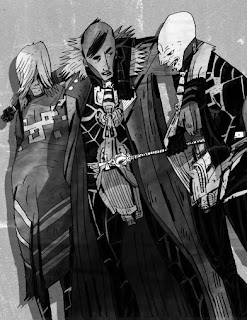 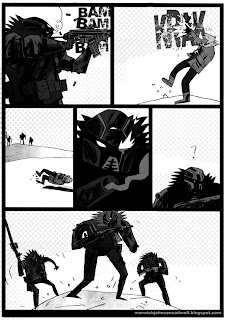 This is page five of nine of a strip called Angel that I did for Mikolaj Spionek's Pirat comic. Details on it's publication will follow when I know. 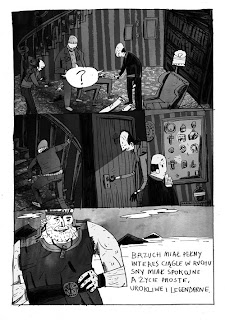 Another Polish comic (Page 4 of 10) also being printed in English for New British Comics #2. I think, due to be published for Poland's MFK comic con in october (though i'll be at the Birmingham one that weekend). 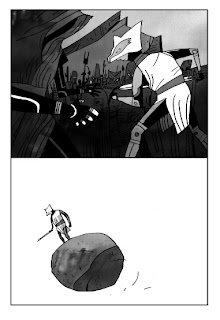 And this, currently battling to finish, is a page of my strip for Will Kirkby and Naniiebims Birdsong/Songbird anthology. There will be a proper post on this later on as there're great people involved but tea is cold so break is over.
Posted by WJC at 12:39 7 comments: 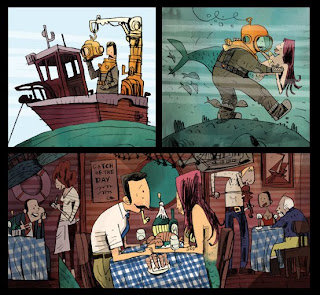 This is my page (sort of) in Eastwing's new brochure, got it through the letterbox this morning. Lotsa great illustrators in there, I ought to link to them sometime.

*Update* Eastwing Exhibition is on this week at The Framers Gallery, 36 Windmill Street, London W1. Mon to Thurs 18th.
Posted by WJC at 14:52 4 comments: 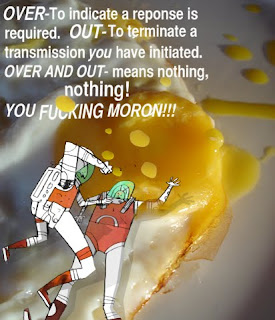 It wasn't long before the stress started to overcome the survivors of Lark 7's crash landing.
Posted by WJC at 20:45 4 comments: 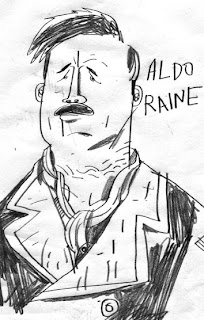 What happens when a pencil is left unattended in hand.
Posted by WJC at 23:45 3 comments: 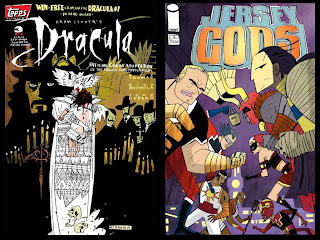 If it were not for Mark at Badlibrarianship I may not have been prompted to start this blog in the first place. If it where not for his interest in my work then, a LOT less people would have seen my drawings now (some of those people being MAJOR influences of mine)

His blog is five years old today and is a must visit. Thanks for the times Mark look forward to the rest.
Posted by WJC at 18:58 4 comments:

Coloured in while talking to The Bank on the phone.
Posted by WJC at 14:40 2 comments: 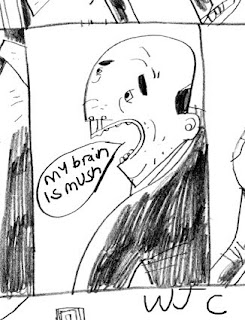