Had to do a proper 'Oi!" yesterday at sea, at some yachting fool who was set to bust right into us. To be honest, I think it was the first one i'd managed at that volume and it worked a treat. As a consequence, I now feel in the same league (about 3 nautical miles) as these guys. 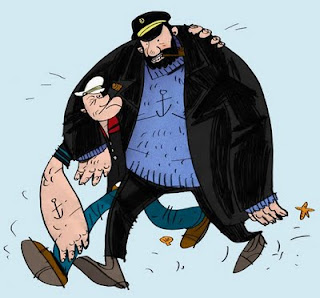 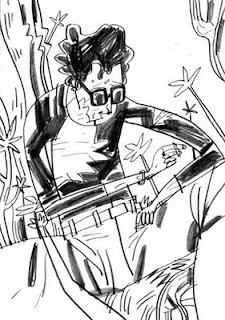 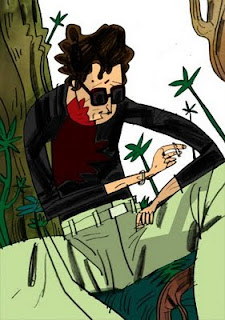 And later, Herman takes his break in quickly applied coloured.
Posted by WJC at 14:59 No comments: 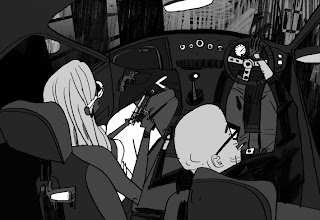 Another Parsons sketch.
Posted by WJC at 18:11 3 comments: 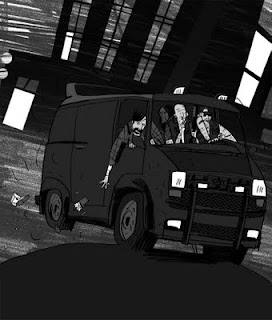 Another Parsons sketch
Posted by WJC at 16:01 No comments:

The Lady with The Tribute 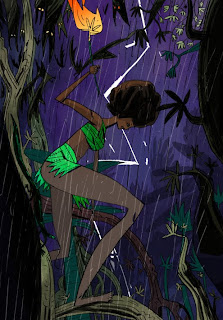 Here's a Lightning Season Panel, entirely unplanned for today but a wildly late start threw me off for all expected plans. Which though was annoying to start it turned out ok, if messy. 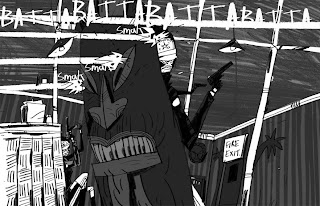 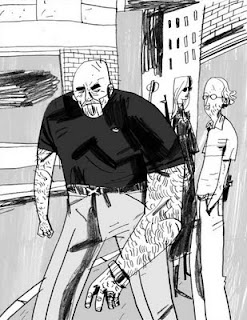 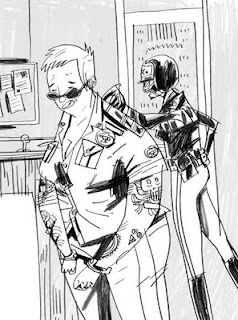 I was very kindly asked to join in with Scotch Corner's 2nd birthday celebrations where they have interviewed loads of artists daily since their anniversary. Loads of great artists (and pals) there and very enjoyable reads. I'm there now, just behind my old college classmate Mr Lee Carter. 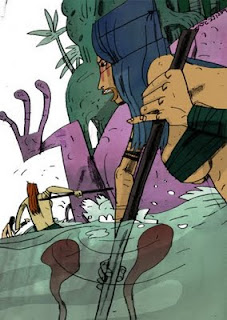 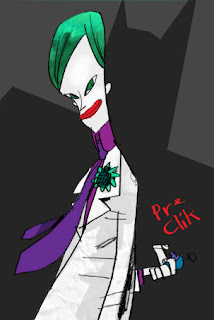 Until today, I don't think i'd tried drawing The Joker. Often thought about it but not sure i've tried it out. He gets pretty worn out by interpretations that often tend to follow and develop the same themes (a bit like Wolverine sketches?) Today though, prompted by Ian Culbard on twitter, who suggested we throw up our versions, I tried it out.
Posted by WJC at 19:47 No comments: 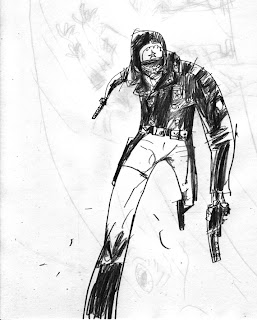 Crumbs! 12 posts last month is no good. I've a bunch of stuff on that I cannot post but should be doing a bunch of stuff that I could. Let's see how August goes.
Posted by WJC at 20:30 4 comments: