It's this weekend at London's Excel Centre (home of the Cosplay fest that is MCMExpo). It's LSCC's first year and I really don't know what to expect. The Excel space is vast and I'm looking forward to see what fills it up. There will be some huge comic names there, I'll personally be on the hunt for Bernie Wrightson and Bill Scienkiewicz, sadly unable to afford to get close to Mister Stan 'The Man' Lee but I might get a peep. The con itself seems to be a high class mainstream comic show (Kapow! with more class and less aggro) but I will judge and report accordingly.

I have a table there, at the small press where I'll be punting my wares, much the same as usual while work on those bigger fish. Comics, cards, prints, original art and that sort of thing. Happily I will be accompanied for some of Saturday by the excellent Robert Ball.

Sadly, all the while missing The Cardiff Comic and Animation Expo, also this weekend which I would have gone to on any other day.

Also, a competition of sorts, anyone who buys anything from me this weekend can go into a draw to win an A4 commission from me. Pencil or ink and coloured digitally with a print. If you like. 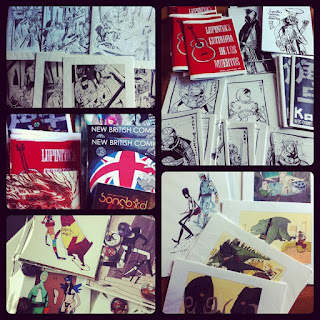 *UPDATE* Fixed pic, will fix links. Will post the 'after con' on friday (fingers crossed)
Posted by WJC at 07:05 No comments: 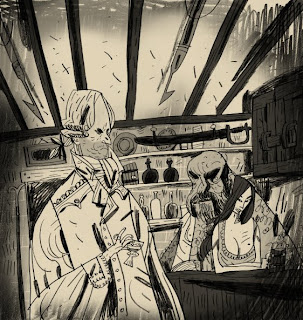 And that's it. Last one of the holiday pictures. Last week we were away in the craggy and gnarly old west country, marching the nippers and dogs all about the place. Plenty of grog and coves and rock and briney and that. Easy to get going with these characters. But now we're home. And i've work to do. These guys are being put away for a while, til I get around to writing The Five Badgers or Cannibal Lighthouse, or we go on holiday again. 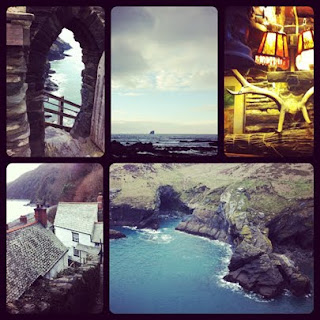 NBC issue 3 is now online in it's entirety in Polish form. NBC 1 and 2 were printed in both English and Polish but 3 only had a English translation run. Something Karol has now addressed. The Polish translation can be found here 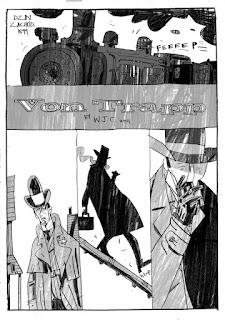 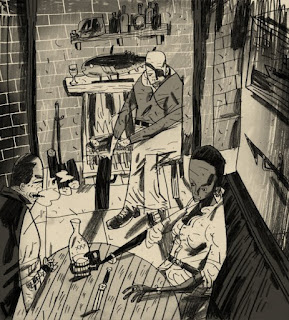 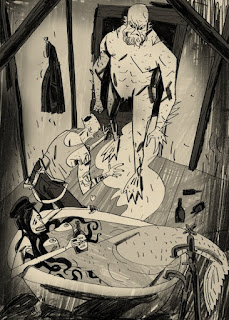 Coloured in to some extent. A sketch from my holiday. (Not actually MY holiday but a sketch I did ON my holiday)
Posted by WJC at 13:06 5 comments:

Went to Blank Slate HQ today with most of Hunch Parsons as he stands at present EXCEPT I forgot the right hand side of this long panel (the full width of a dps) I left it at home in my printer. Anyway, lots more to come.
Posted by WJC at 23:06 1 comment: 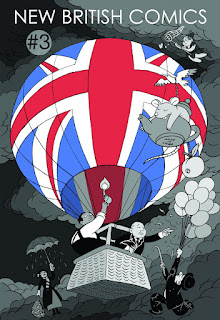 Karol's running a new contest on the NBC website, two chances to win yourself a copy of issue 3, with a drawn dedication by the cover artist and superb comic maker Lawrence Elwick

Note that the deadline is now 13th February.
Posted by WJC at 22:36 No comments: 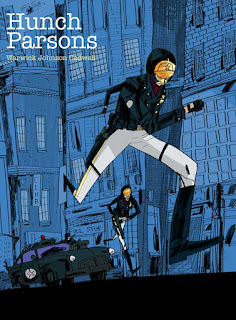 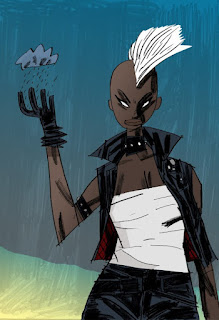 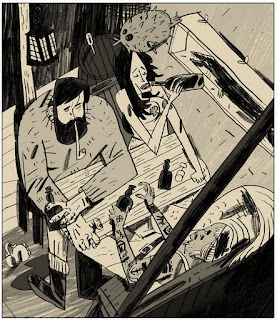 Got along late to The Bulletproof Coffin, missed the issues (one time, literally by minutes) and caught the trade. This time, with the next series, Disinterred, I was much more lucky. I got a good squizz at some of the pages at last October's MCM from David Hine himself and later got a sneak preview of issue one from the same esteemed source. Bought myself a copy of issue one at last, at the weekend and felt compelled to have a go at their characters. 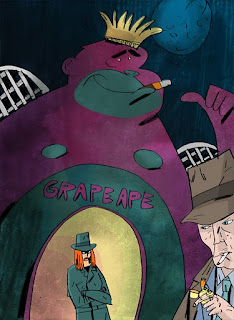 It is a cracking read. Gruesomely superb stuff! There are collected reviews on Mr Hine's blog here and a good pod interview with him about Disinterred and The Darkness in Discussions with Decapitated Dan
Posted by WJC at 11:47 No comments: 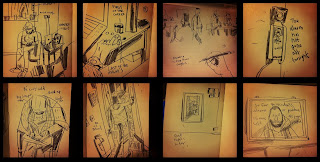 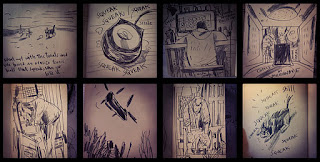 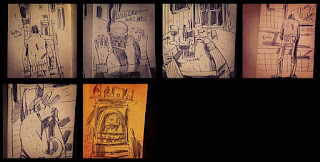 Prompted by Joe Decie in the last minutes of the day before, I ended up doing 22 hours of Hourly Comic Day yesterday. Great fun and a productive day with other work, so it was a good idea.

*Update* My strip on TenCentTicker and EVERYBODY elses!
Posted by WJC at 08:31 6 comments: